Budget 2014 – Great for ISAs and Pensions 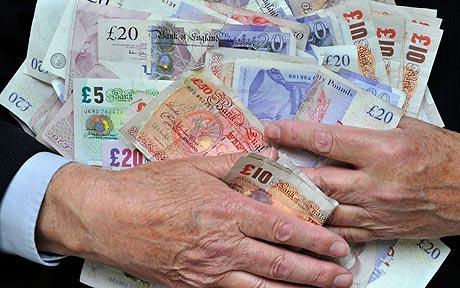 The Budget 2014 really was fantastic news for savers and investors looking to retire in the future.

As things stand pension investors aged 55 or over can normally take up to 25% of their pension as tax-free cash, and a taxable income from the rest.

Today George Osborne has proposed these restrictions should be removed. From April 2015 pension investors will be able to take the whole of their pension as a lump sum, at age 55 if they so wish, subject to consultation.

The first 25% will be tax free, whilst the rest will be subject to tax at the marginal rate. If this happens it will take away the most used objection for paying into a pension.

There will also be a consultation to reduce the 55% tax charge on drawdown lump sum death benefits. From April 2015 there are plans to realign the tax charge with income tax charges.

Other proposals definitely coming into effect from 27 March 2014 and not subject to consultation are:-

Pension Drawdown investors currently have a yearly limit to the income they can draw. They can choose from zero up to the maximum. This has increased from 120% to 150% (compared to the corresponding annuity rate) for investors starting a drawdown account after 27 March 2014.

* This is based on a pension fund of £100,000 and uses the current Government Actuary Department tables for March 2014 to show maximum incomes for a 65 year old. The underlying gilt yield can change. Male and Female incomes are equal, with effect from December 2013.

Flexible Drawdown allows investors to make uncapped, unlimited withdrawals from their pensions. There are, however, strict qualifying criteria. The main one is that you must already have a secure pension income of at least £20,000 a year in place (including any state pension). From 27 March 2014 this limit is reducing to £12,000 (including any state pension). This means a far greater number of investors should be able to qualify.

Change in Triviality Rules on Pensions

Investors with individual pension pots smaller than £10,000 will be allowed to draw them as a lump sum from age 60. Again, the first 25% will be tax free, and the rest taxed as income. Some restrictions will apply.

Credencis say: “There has never been a better time to save into a pension or an ISA, and finally the government are seeing sense and helping people plan for the future. These new rules will make pension saving and investing into ISAs more attractive to everyone”.

Please note it is very important you take professional advice to ensure you make the most of their pension at retirement, and don’t end up running out of money!

For a free impartial review on your pensions and savings contact Credencis.