Do not trust a cold caller with your pension 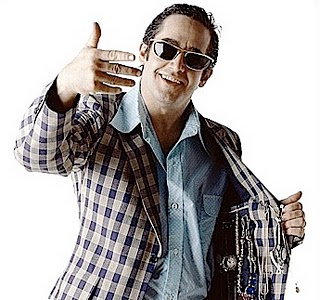 People being targeted by cold callers who are falsely claiming to offer new, free Government-backed retirement guidance could end up putting their money into risky investments and losing their pension savings, the City regulator has warned.

The Financial Conduct Authority (FCA) is alerting consumers to beware of phone calls, emails, text messages and online adverts offering them a “free pension review” and being encouraged to move their pension to “get better returns”.

The regulator said it was hearing evidence that some callers were claiming to represent the Government after it announced plans in the recent Budget to offer impartial face-to-face guidance on the range of options people had available for their pension pots.

The guidance has not yet been launched and it will coincide with plans from April 2015 to give people aged over 55 the freedom to take their pension pot however they see fit.

The FCA said that as the new guidance initiative was still at the development stage, “claims to be linked to it are highly unlikely to be true”.

The regulator said the reviews were designed to persuade you to move your money out of your existing personal or occupational pension into a self-invested personal pension (SIPP) or a small self-administered scheme (SSAS).

From there, the pension pot is then typically invested in unregulated investments such as overseas property developments, forestry or storage units.

Such investments were also often difficult to sell, the regulator added.

The FCA warned: “You could lose everything you invested, significantly reducing your retirement income.”

Most of the companies making these offers were not authorised by the FCA, although the regulator said they also often falsely said they were acting on its behalf.

It warned that people investing in this way were also likely to have a lack of safety nets if something went wrong, including no right to complain to the financial ombudsman or to claim their money back from the Financial Services Compensation Scheme (FSCS).

The regulator said it was unlikely that the ombudsman or the FSCS would be able to help someone who lost money as a result of dealing with an adviser who was not FCA-authorised.

The FCA pointed out that authorised financial advisers who had their clients’ best interests at heart were very unlikely to be offering such a service, as professional advice on pensions was not free.

Tracey McDermott, director of enforcement and financial crime at the FCA said: “People should be very wary if they are contacted out of the blue by someone offering a ‘free pension review’.

“Most of the companies offering this ‘service’ are not authorised by us, and we’re concerned that the reviews often end with pension pots placed in higher-risk, unregulated investments.

“If you see or receive offers of ‘free pension reviews’, just ignore them.

“If you are called out of the blue to discuss your pension, just hang up.

“Your pension is far too important to be put in the hands of a cold caller.”

The FCA have said people who were considering reviewing their pension arrangements should consider getting independent advice from an authorised financial adviser.

Consumers can check the adviser is authorised by the FCA and allowed to give pensions advice at www.fca.org.uk/firms/systems-reporting/register.

They can also ask firms for their “firm reference number” and contact details and call the firm back on the switchboard number given on the register rather than a direct line.

If there are no contact details on the register or the firm claims they are out of date, people can contact the FCA’s consumer helpline on 0800 111 6768.

The FCA said if you have already moved your pension pot and have concerns, you should firstly take the matter up with any authorised firms that were involved.

The ombudsman might be able to help if you cannot get the matter resolved with the authorised firms.

For independent pension advice contact Credencis. We are authorised and regulated by the FCA. Our Firm Number is 499075.